Are you struggling to price your food product? Here's how you can do it 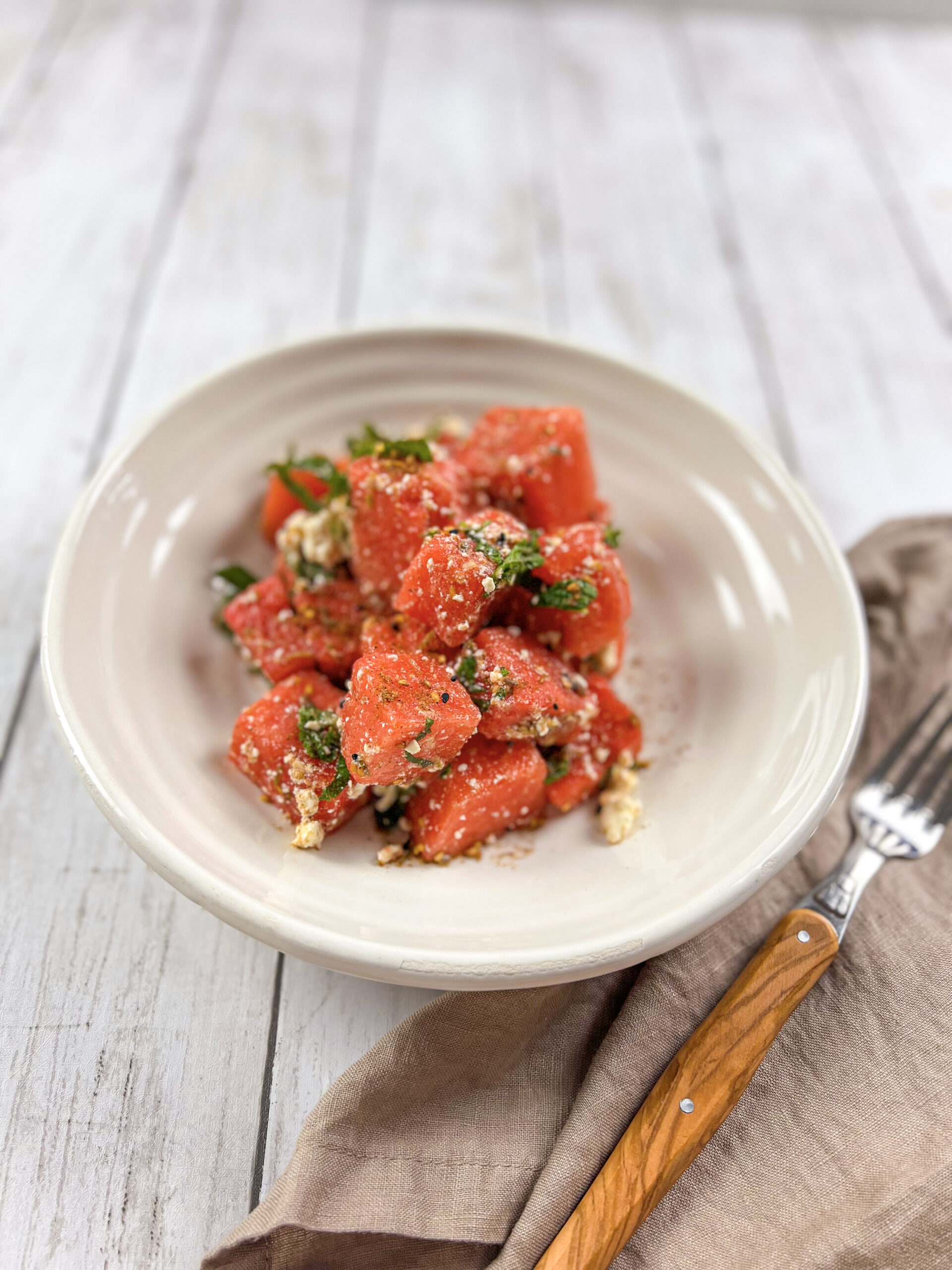 This watermelon salad is delicious and refreshing and far from boring! Have you had Dukkha before? If not, you need to try this recipe! I infuse the spice into the feta cheese for a more intense flavor and sprinkle some on top of the salad when I am done. The light, sweet flavor of the watermelon and the toasted dukkha are really a match made in heaven.

This Egyptian spice mix is made with toasted spices, ground, nuts, and sesame seeds. The spices are generally some mixes of coriander, cumin, all spices, and salt! I was gifted a bag from my sister-in-law recently. She predicted that I would be switching from za’atar to Dukkha. I am super hooked on dukkha, but of course, I would never give up za’atar. They can both be used the same way, so use whatever you are in the mood for!

Dukkha is a spice that is traditionally used as a dip with bread or eaten with raw vegetables. It has a toasted, nutty flavor that comes from the ground-up nuts and warm spices. It originated from Egypt and is commonly eaten in the Middle East. You can find dukkha in the herb and spice aisle of supermarkets or order it online on Amazon. You may also want to check any nearby international supermarkets.

Are Za’atar and Dukkha the Same?

While za’atar and dukkha are both Middle Eastern Spice mixes, they are not the same. Za’atar is a spice mix of spices and herbs, including Syrian oregano, thyme, and toasted sesame seeds. Dukkha is also a spice mix, but it has more nuts, which make the spice mix crunchy. They both have different tastes but can be used in nearly the same instances. You can alternate using them how you see fit.

Why Season the Feta Cheese?

Feta cheese can be plain in flavor, and adding seasoning is an excellent way to spice up the salad without using a traditional dressing. The dukkha also gives the feta cheese some texture since it has crunchy nuts. Once the feta cheese is seasoned, it should be kept in the refrigerator for about an hour. This will let all the flavors absorb into the feta cheese and enhance the watermelon salad.

How to Pick a Watermelon?

It can be difficult to pick the sweetest watermelon, but there are a few things you can look for. When picking a watermelon, you can tell it is ripe if there is a large yellow patch on the side. A ripe and juicy watermelon should also feel heavy and have a deep and hollow sound when you give it a tap with the palm of your hand.

Variations for this Watermelon Salad With Dukkha

Like many other salads, you can make substitutions and additions to make the salad exactly how you like it. For example, if you think feta cheese is too salty, you can easily make the switch to another crumbly cheese like goat cheese or ricotta. You can also make the salad spicy by adding chili powder or peppers. This recipe uses mint to freshen up the salad, but you can also add other herbs such as cilantro. The star of this dish is dukkha, but if you prefer za’atar, you can substitute it as well.

In a bowl, sprinkle the feta cheese with Dukkha and let it set in the refrigerator for an hour until you are ready to assemble the salad. 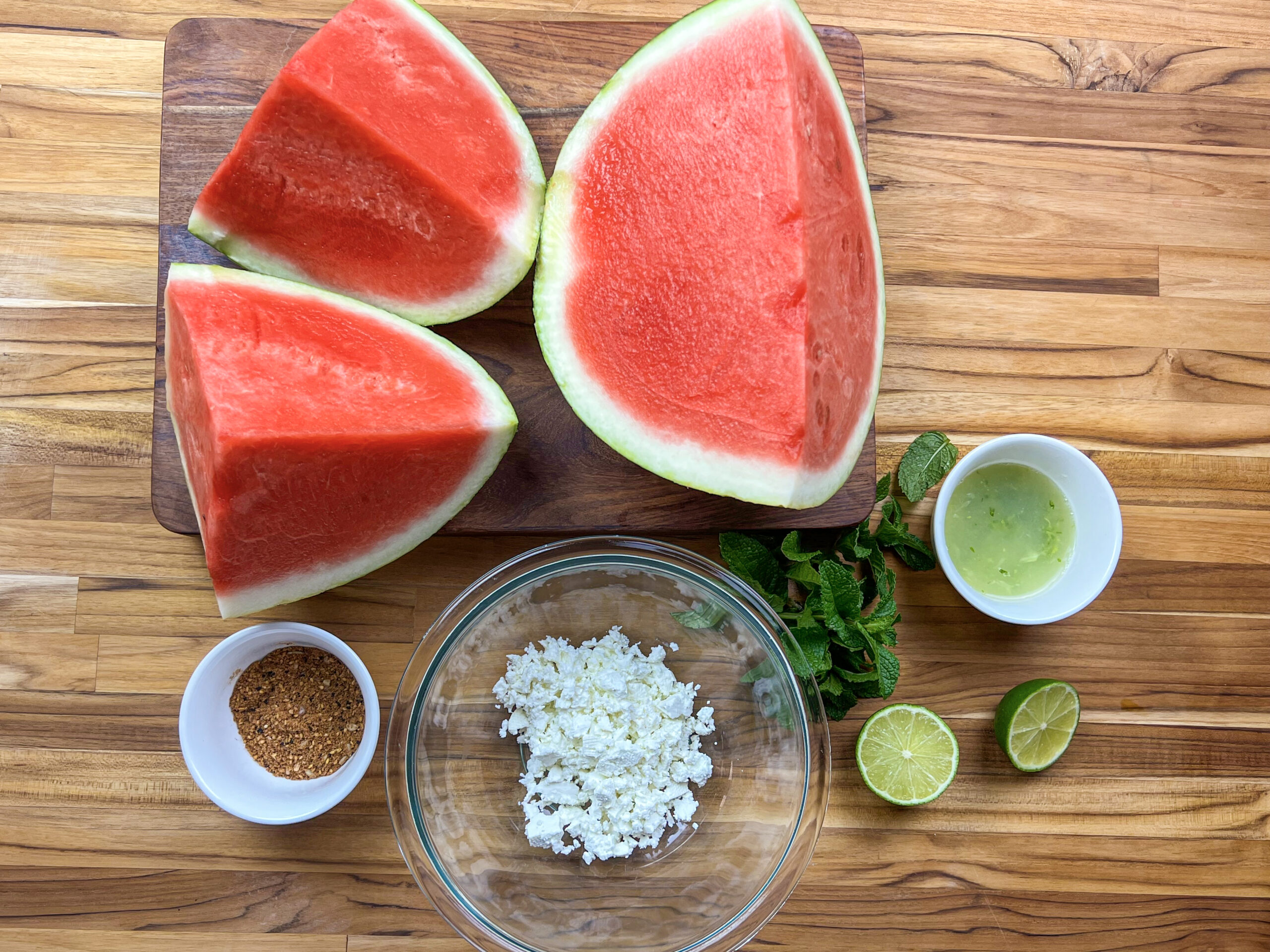 Add the cubed watermelon to a big bowl, pour the lime juice all over, top the feta cheese and mint gently, stir, and sprinkle more Dukkha on top. Served cold! Enjoy! 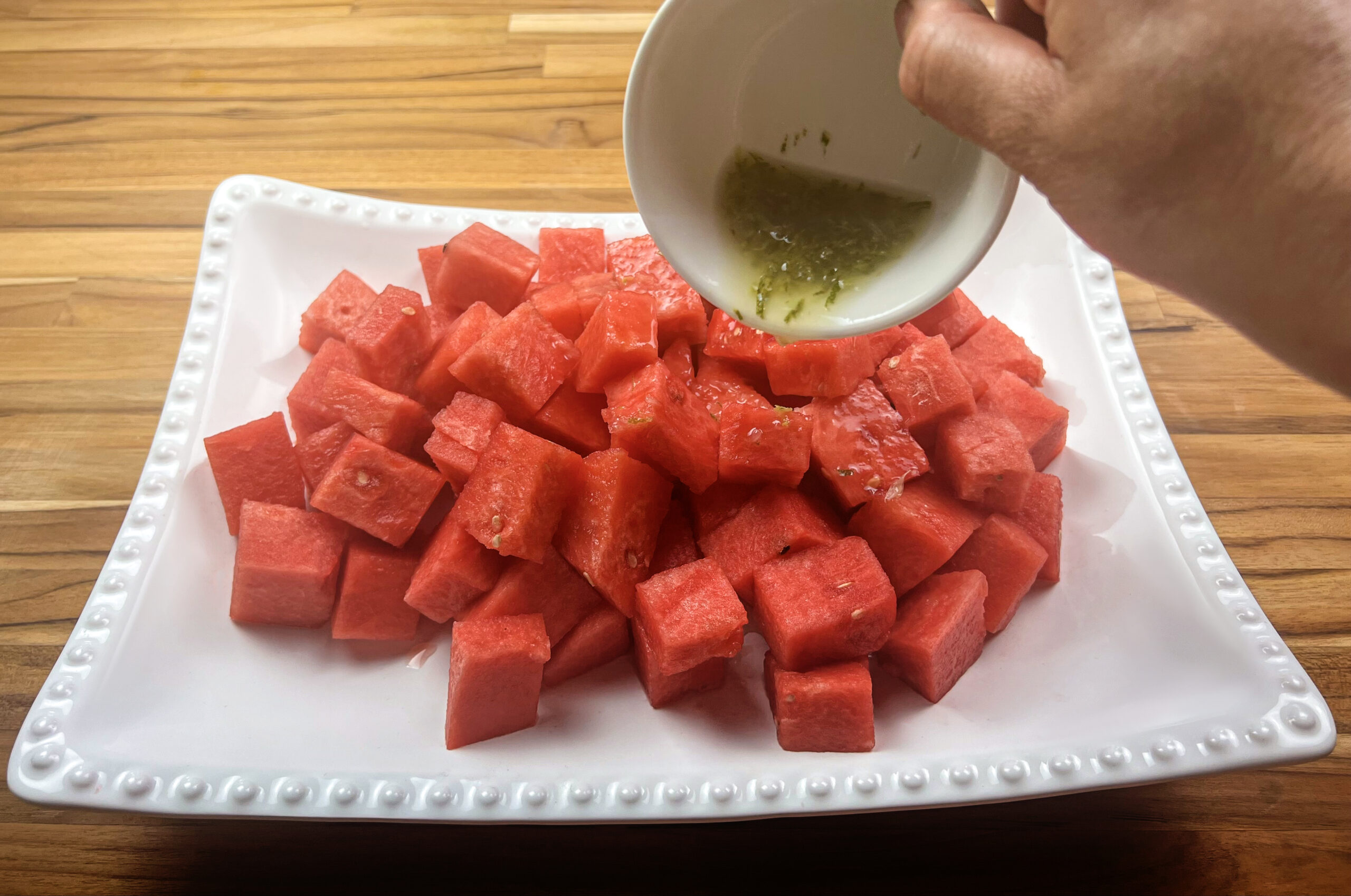 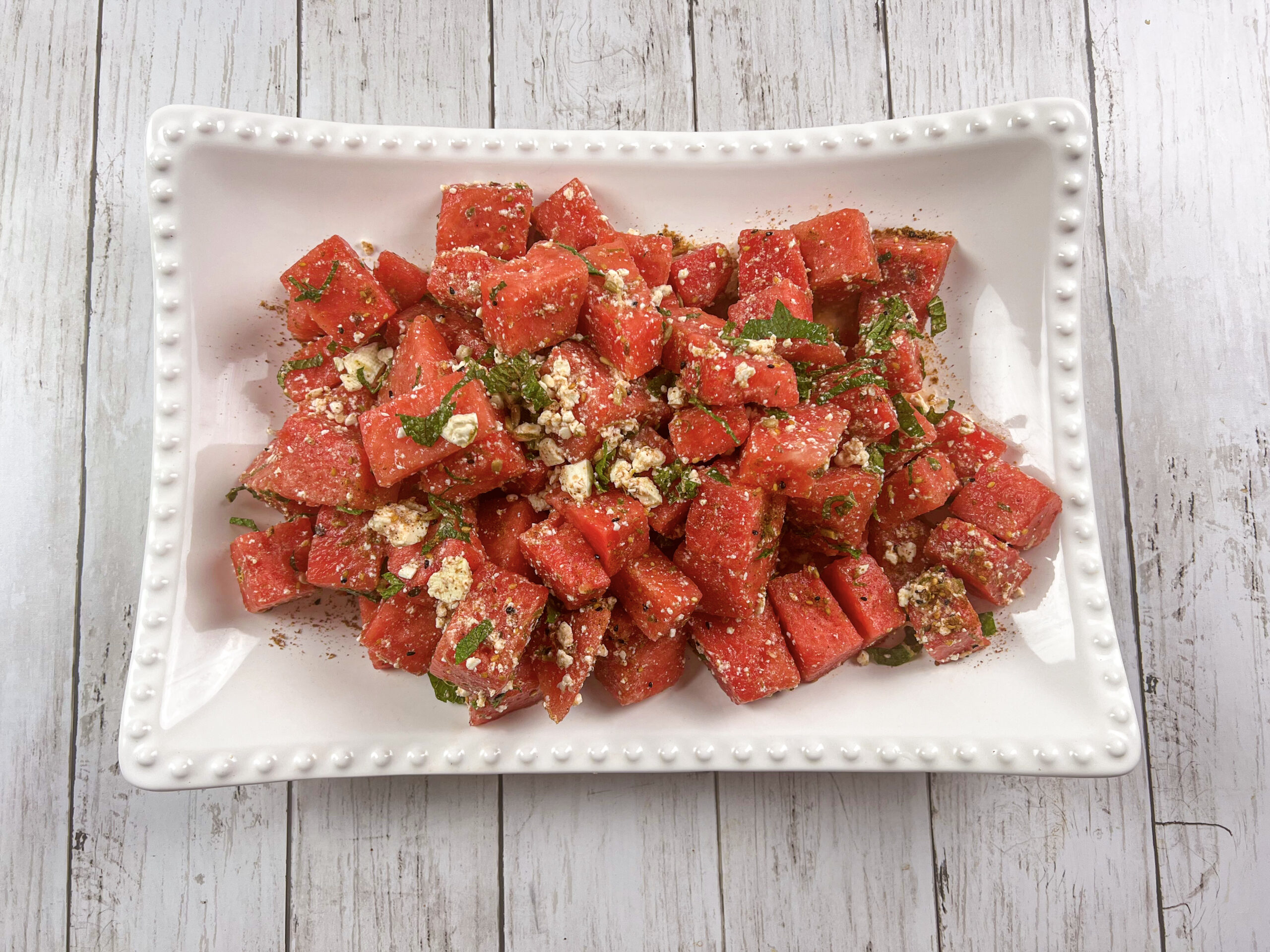 How to Meal Prep Watermelon Salad?

Watermelon salad is easy to make since it only has three ingredients. But if you want to meal prep the salad or save some for later, you can cut the watermelon into cubes and assemble the salad a few days later. You can keep cut watermelon in the refrigerator for about 3 days.

Talk To Us!
Have you tried this dish and loved it? Is there an ingredient you think needs to be added? Let us know what you think! Send us a message or leave a comment below.
Don’t forget to subscribe to our email list to learn about other similar recipes!
Salad Side dish
Print
Previous Next 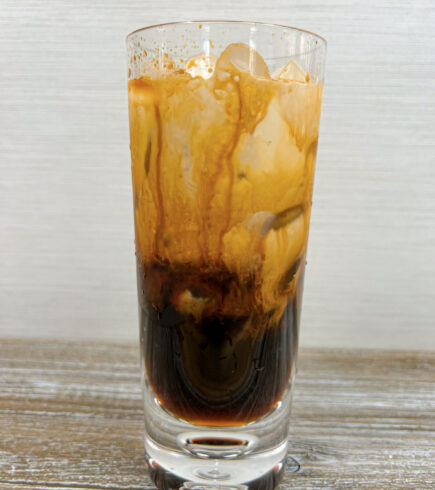 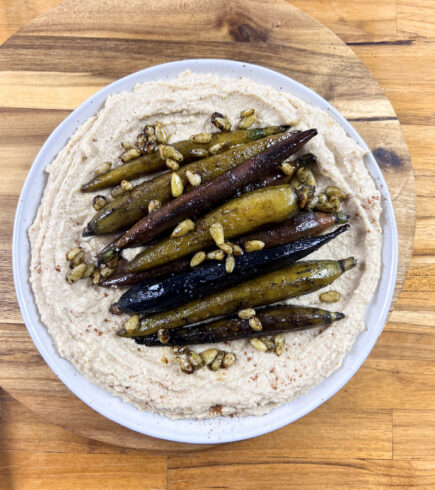 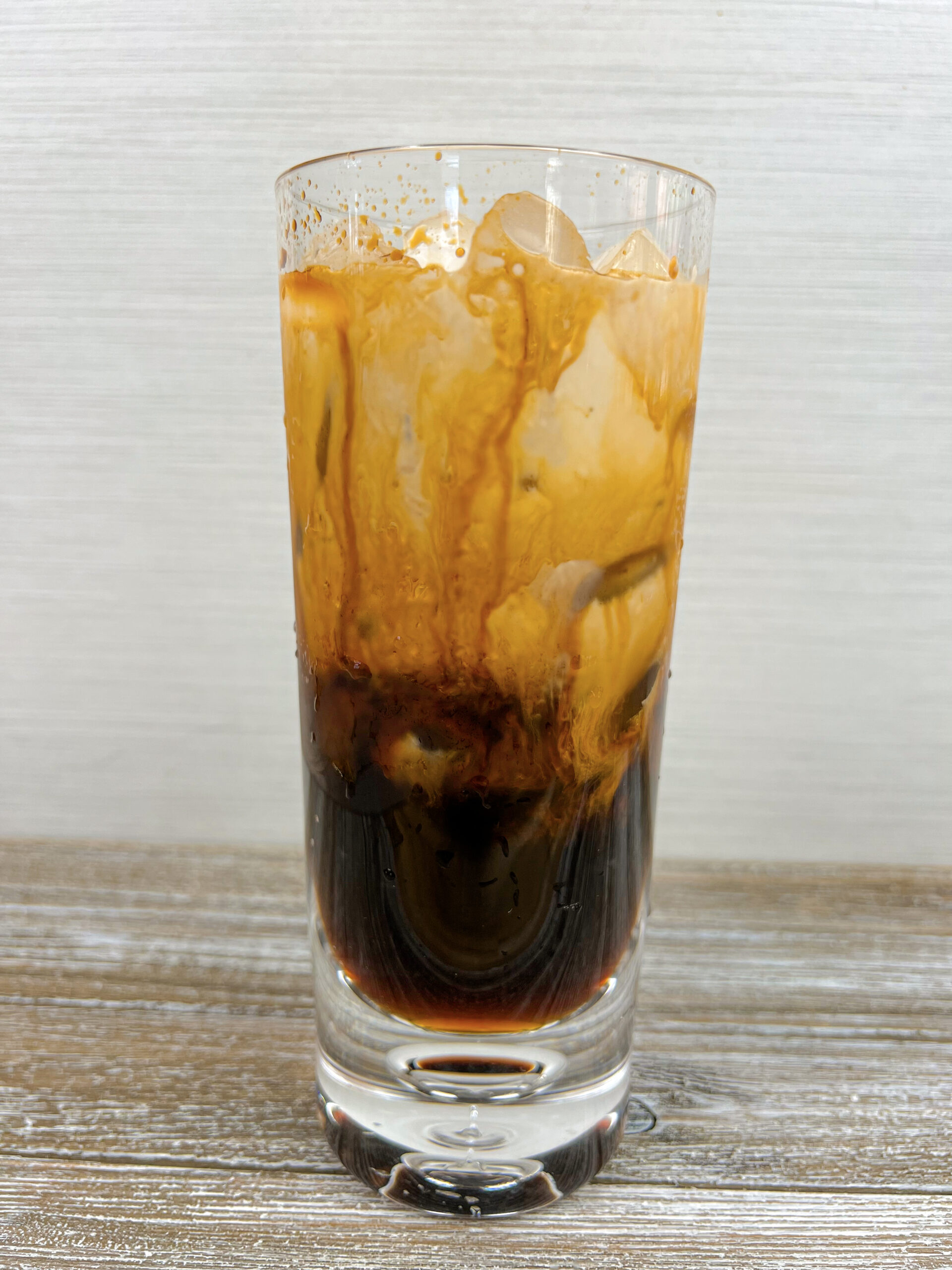 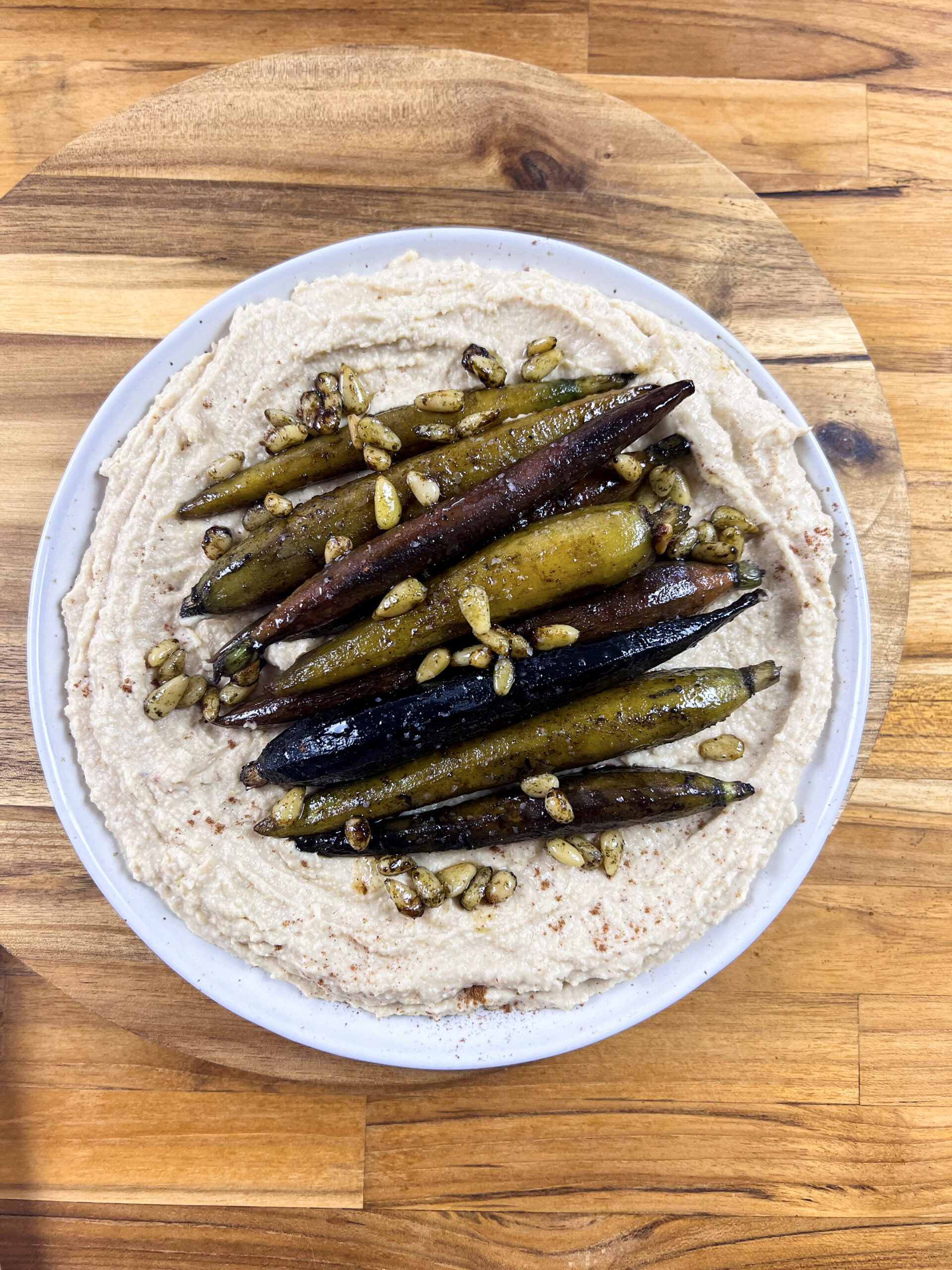 Subscribe to our newsletter and be informed about new recipes & workshops. 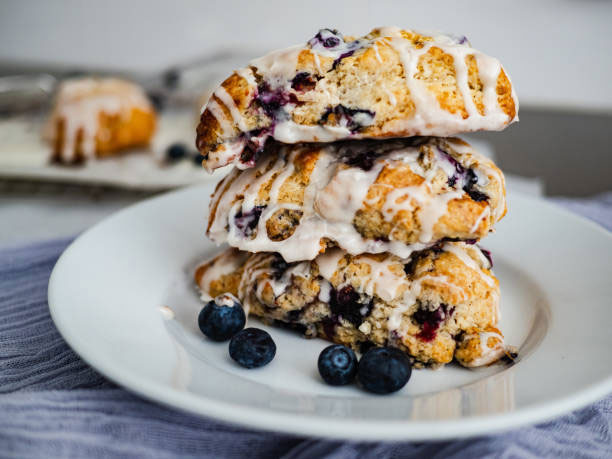 Subscriber to receive new recipes, guides and checklists for your food business and interesting tips to start your dream garden! - For FREE! Unsubscriber anytime.